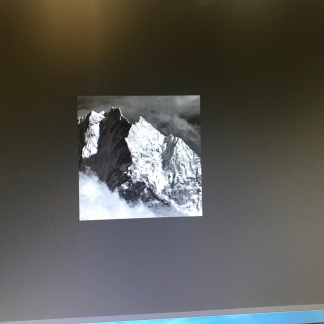 Having begun to explore the software of 3DS Max last week with the rolling pin, I now have started to work on the wok idea that I attached earlier this week.  So to recap, the story revolves around a lost romantic love that started on a climbing expedition in the himalayas.  The lost love object is a wok that instead of being a treasured object in the case of other stories was actually taken as a result of the relationship ending.  Having thought about the object as the signifier, I felt that the object I first invisaged didn’t capture the story as I had wanted it to be captured.

Having used the 3D software last week and realised it’s capabilities I wanted to try creating a ‘wok’ shape like a mountain range and then print it.  I looked at some tutorials online as to how to create peaks or mountain ranges

I thought about how I could tie the object of the wok in with the climbing expedition and so I sourced pictures of the Himalayan mountains from the internet and adapted them into a circular image with a black border.  I found out that when using the displacement mapping feature white areas will become more distorted then on a scale to black get less so.  Converting images to black and white allowed me to experiment with the different shapes.  I want to try and create a wok shape, but with mountains growing out the bottom.  I am currently experimenting with gradient colour to see if I can create the perfect colours for a ‘wok shape with mountains’.  Always the starting point has to be the Himalayas!  I will speak to my participant to see if they have a picture of the mountain themselves to add that bit more depth.